Product was successfully added to your shopping cart.

What is Turkish Towel?

Turkish towels, also known as peshtemals or hammam towels, are a type of traditional towel used in Turkey and other parts of the Middle East for centuries. These towels are made from Turkish cotton, a high-quality, absorbent material that is known for its softness and durability.

One of the key features of Turkish towels is their compact size and lightweight design. They are much thinner and more compact than traditional bath towels, making them ideal for travel or for use in small spaces. They also dry much faster than traditional towels, which makes them perfect for use in humid environments or after a swim.

Despite their thinness, Turkish towels are incredibly versatile and can be used for a variety of purposes. They can be used as bath towels, beach towels, sarongs, scarves, or even as wraps or shawls. They are also perfect for use in the gym, as they can be easily rolled up and carried in a gym bag without taking up too much space.

In addition to their functionality, Turkish towels are also known for their stylish design. They are often decorated with intricate patterns or fringe and come in a wide range of colors and styles. Whether you prefer a more traditional look or something more modern, you'll be able to find a Turkish towel that fits your personal style.

Overall, Turkish towels are a great choice for anyone looking for a high-quality, versatile, and stylish towel. Whether you're using it at home, at the beach, or on the go, a Turkish towel is sure to become a staple in your daily routine. 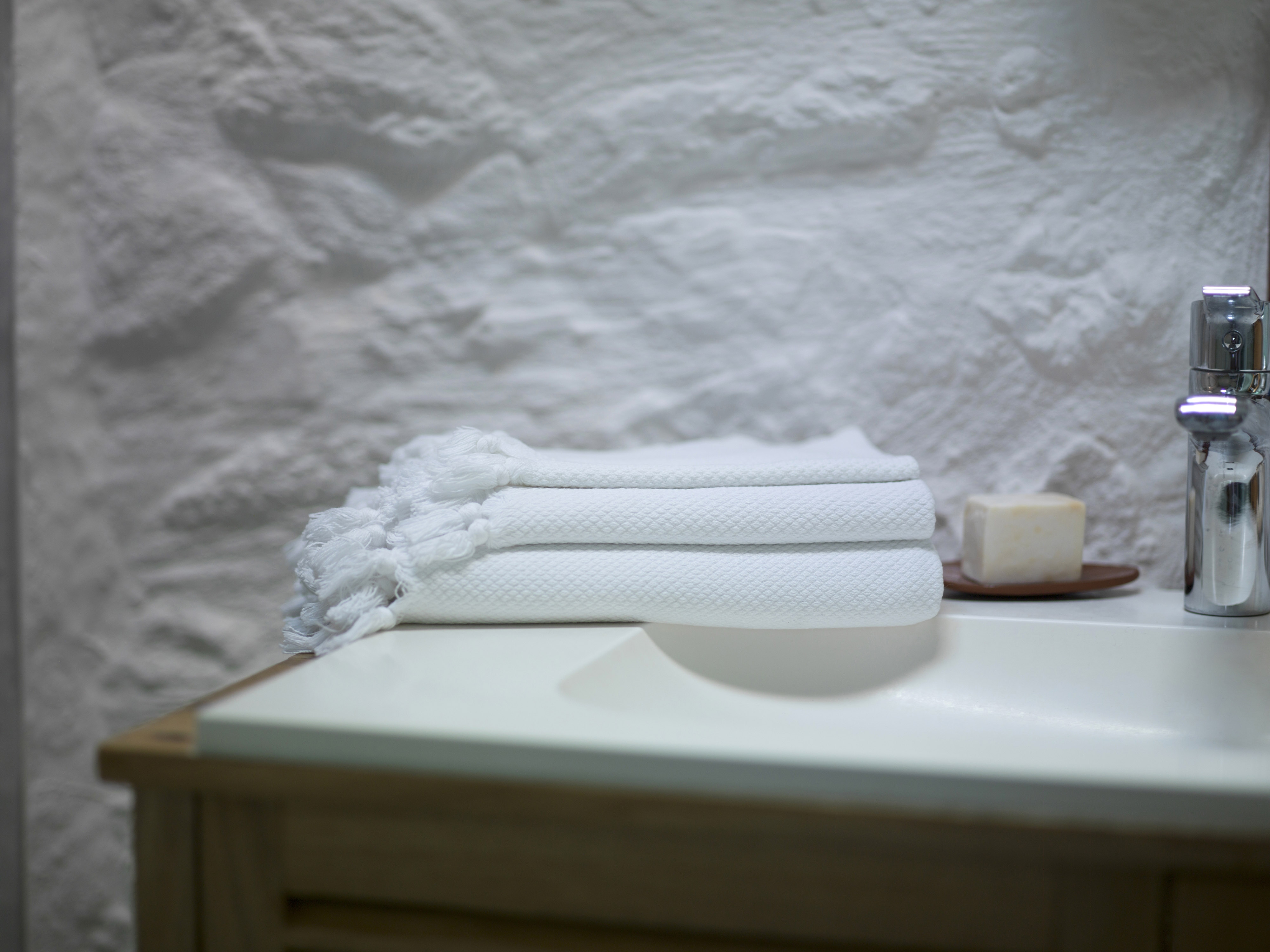 What are the key differences between Turkish Towels and regular towels? 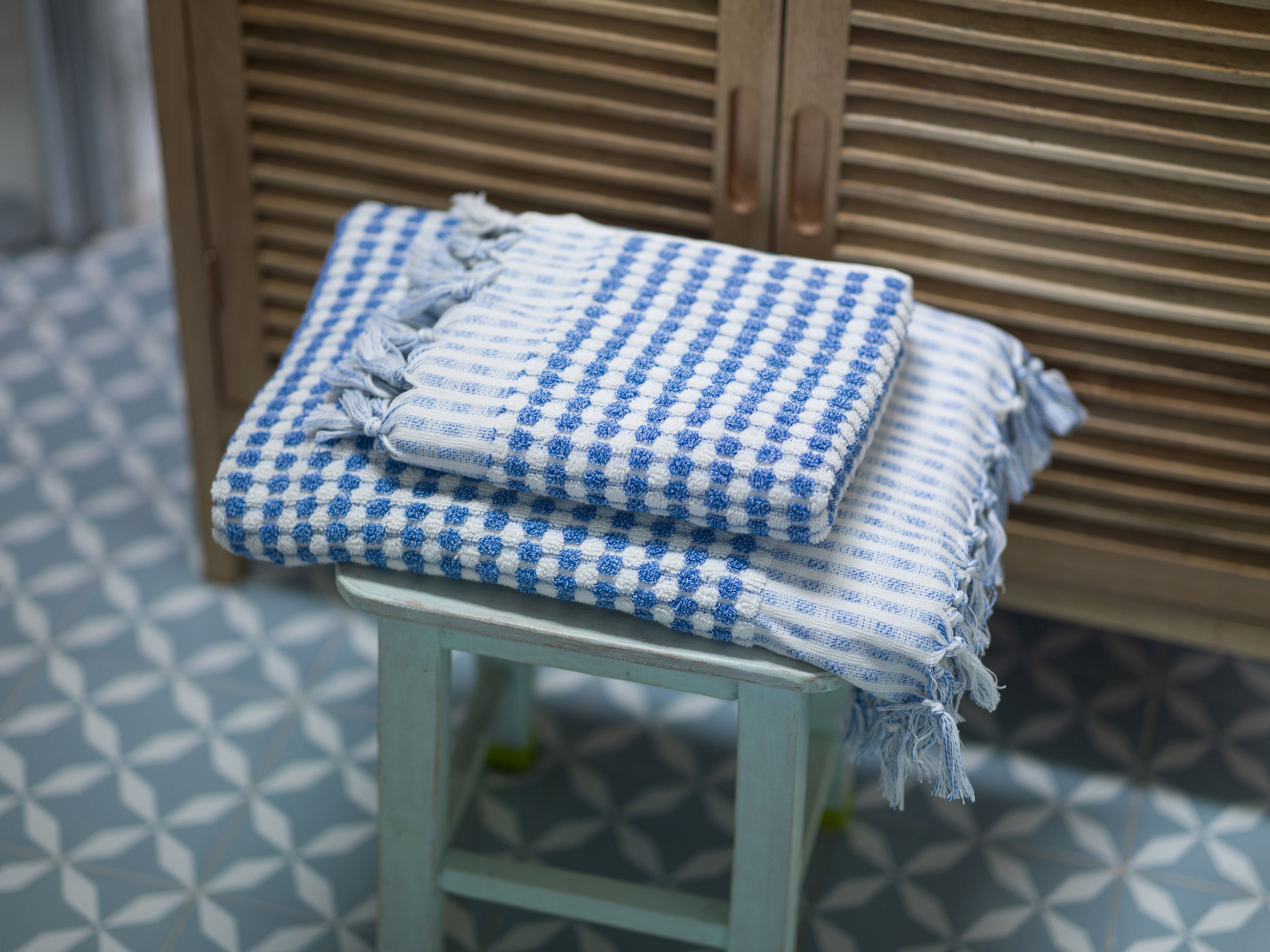 Why Turkish towels are so famous?

The best way to explain the reason behind this is to share reviews of our customers. Here are some of them;

- I have never used a Turkish towel before, and now I’m in love

- Such a great towel for the beach. It makes me feel so special

- I love, love, love this awesome towel from Turkey!!! It absorbs tons of water and is so soft to use. Handwoven and beautiful. It's hard to go back and use terry towels now! 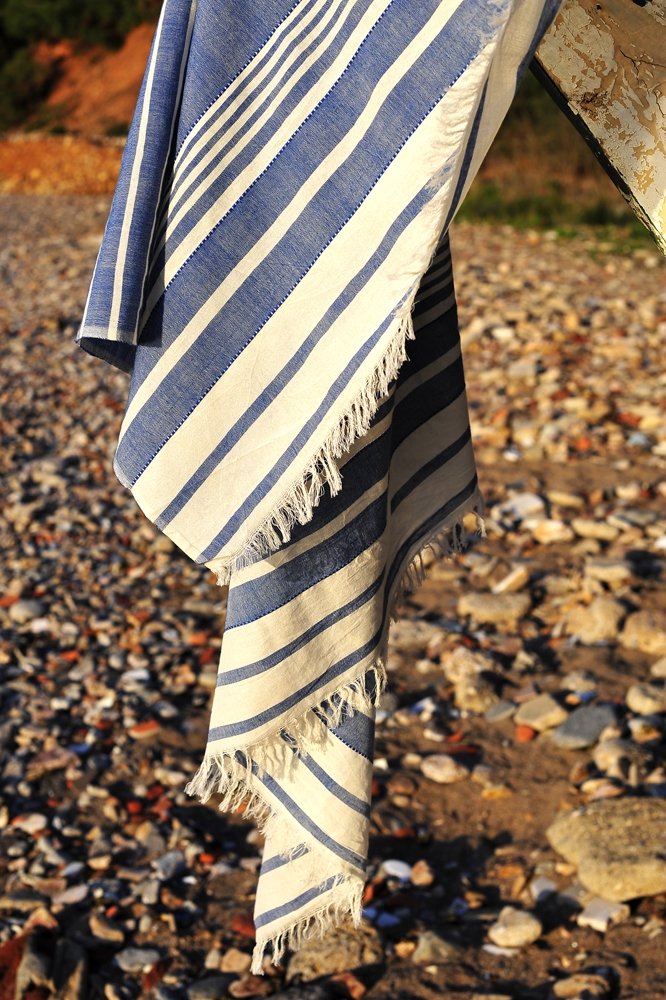 - It gets softer with each washing and you'll be surprised how absorbent this thin towel is. I loved it as a bath towel; the first time I brought it to the beach I decided my family absolutely needs to stock up!! It's a beach blanket, a towel for when you leave the water (and it dries quickly in the sun so it's not a soggy mess the next time you need to dry off), and it's a pretty coverup-- a shawl or a sarong

- Very large and perfect for a trip to the beach, since they fold up well and don't hold sand 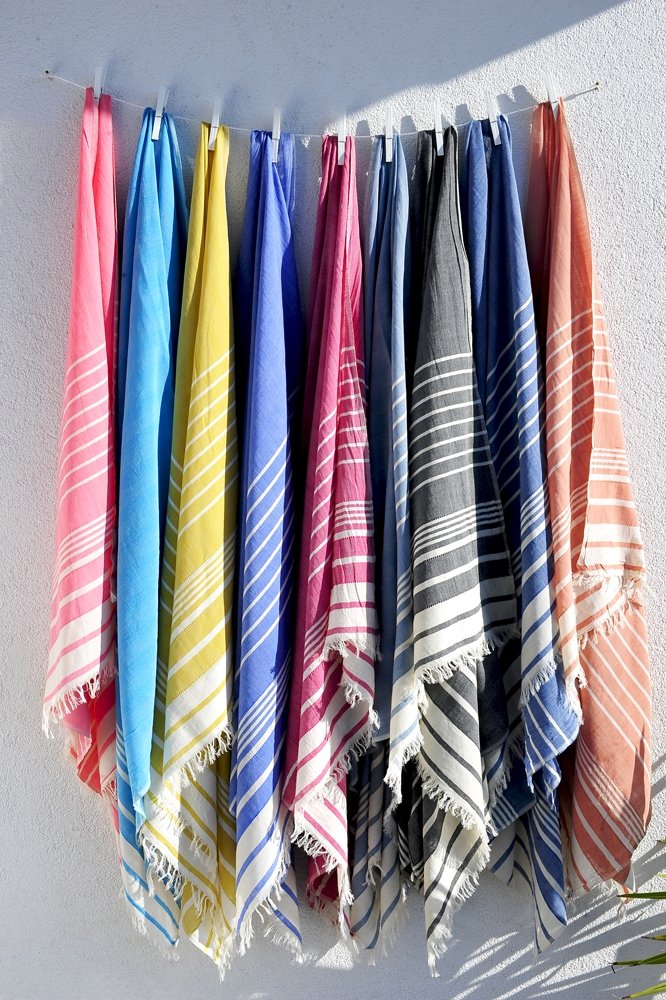 - The towel, for as lightweight and this as it is, not only absorbs water like crazy and dries you off quickly, it also keeps me warm on those cooler lake days. Very impressed with the quality!

- I've been a long-time fan of Turkish towels, the towels are well made and absorbent while still being light weight, dries quickly as well, it'll last you for years

- The towel is so absorbent and covers body very well

- The towels are simple, yet luxurious

- I use it as a lightweight blanket in my recliner

- I visit many of family and friends and always need to factor in space for a towel. I cannot wait for my next trip and take my new towel it’s super absorbent and yet it doesn’t take up the space a regular towel does

- I love the Turkish towel so much as it is big, beautiful, and thin enough that I can use it as a beautiful shawl

- I have used it at the pool and the beach. I love that it is thin and does not take up much room but still holds a lot of water and dries quickly. Would recommend!

- Exceptionally beautiful and surprisingly great at absorbing water given their unique light weave!

- The towels leave you feeling amazing as I can't really dry off as most people think of rubbing down their bodies with a towel I have to kinda blot mind because of thin skin and on a blood thinner. And sometimes I just feel like my skin is never dry but these work great

- The 'towel' is especially pretty, and currently serving as a decorative throw in my guest bedroom (give the material and fringe you can't tell that it's meant to be a towel)

- Took the towel on a cruise when we went to the beach. Lightweight and packed well

- I immediately used the towel as table runner for my Friendsgiving dinner. They were perfect

- My first impression was that, while the towel is large, it was thin and couldn't possibly be absorbent. Then I used it and wow, super absorbent! I prefer these towels now over my old "plush" ones

- With each wash these glorious towels grow softer and more absorbent. As a seamstress, and knitter, I feel a kinship with the towel's weavers and I truly appreciate the work and craftsmanship that goes into making each of these HUGE towels. No one gets to use my Turkish towels. They're Mama's towels! lol. I'm pretty sure I will order one more to round out the set. These also make great tablecloths if you don't like thinner towels (like I do). I have even considered creating a set of kitchen curtains from one towel. The fabric is that amazing!